Social media is one of the best ways to organize an event. This includes rallies, marches, and protests. Still, organizing a rally or a march can be a more involved process than organizing an ice cream social. There are a few common mistakes that you'll want to avoid.

1. Don't Do Your Organizing in Public

You should have two social media pages. One should be a public, promotional page that invites others to the event. The other should be a private page only for the organizers of the event. Putting too much out in the open is often asking for disruption, as people will start to interfere with your organizing attempts. It's even possible those organizing the event can become a target.

When creating an event, you may get 2,000 "maybes" and 100 "going." Of those "going" you can usually assume that about a third to a half will actually show up. Plan accordingly. The "maybe" RSVPs are often not those who are going to show up but, rather, those who want to show their support for the event. Meanwhile, many of those who state that they're intending to go will probably overestimate the amount of time they have free.

However, if you're posting the event on multiple spaces, do keep in mind that not everyone may even have seen your event RSVP page.

Make sure to update your social media accounts regularly regarding information about the event. This is how people are going to be tracking any schedule changes or updates. Some may only be following a single social media account; if you aren't updating all of them, there may be people who miss important information. Keep in mind what each platform is best for. Instagram is best for progress photos while Twitter is best for live accounting of events.

4. Make Sure to Listen

The best thing about social media is that it's two ways. You aren't just shouting into a void, you're also getting information back. Pay attention to the comments that you're getting as well as the suggestions. They often have some information that you might not know, such as local information about the rally area.

If you're conscientious, social media can become your best activist tool. On social media, you can rally and empower a multitude of people from many different demographics. You just need to believe in your message and organize well. 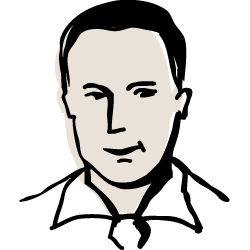 As a family, it can be hard to find new things to go out and do together. This is especially true when the ages of your kids are spread out. For example, my oldest boy is just about to turn 18 and my youngest daughter is about to turn 3. This makes it challenging to find things that we can all do together without anyone getting bored or unable to participate in the fun. The content on this blog will give you ideas for new events and things to explore as a family. Hopefully, you will find a few ideas that will help your family get out of the house and have family fun that everyone enjoys.